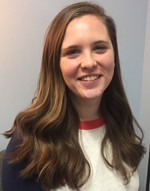 If you’ve been following our latest blog posts, you’ve read about Federation’s and TribeKC’s recent trip to Berlin. The trip was coordinated in partnership with Germany Close Up, a program sponsored by the German government and whose mission is to educate young American Jews about modern German society. Thirteen young adults from our Kansas City Jewish community, including myself, spent eight days meeting withvarious politicians and academics, learning about everything from the Holocaust to the fall of the Berlin Wall to current political relations between Germany and other countries.

While all of this was fascinating, what really resonated with me is how Germany’s past was on display everywhere you looked, and the unique way the country commemorates its history. Despite trying to hide the atrocities of the Holocaust immediately after WWII (many people found out about it in the 1970s after seeing an American documentary on the war), it is now almost impossible to go anywhere without seeing something that memorializes the Jews that were murdered.

Some of these memorials are large and unavoidable. The Memorial to the Murdered Jews of Europe is a an almost five-acre plot of land in the heart of Berlin that’s covered with hundreds of concrete columns of varying heights. It’s reminiscent of a graveyard, and impossible to walk past without noticing. 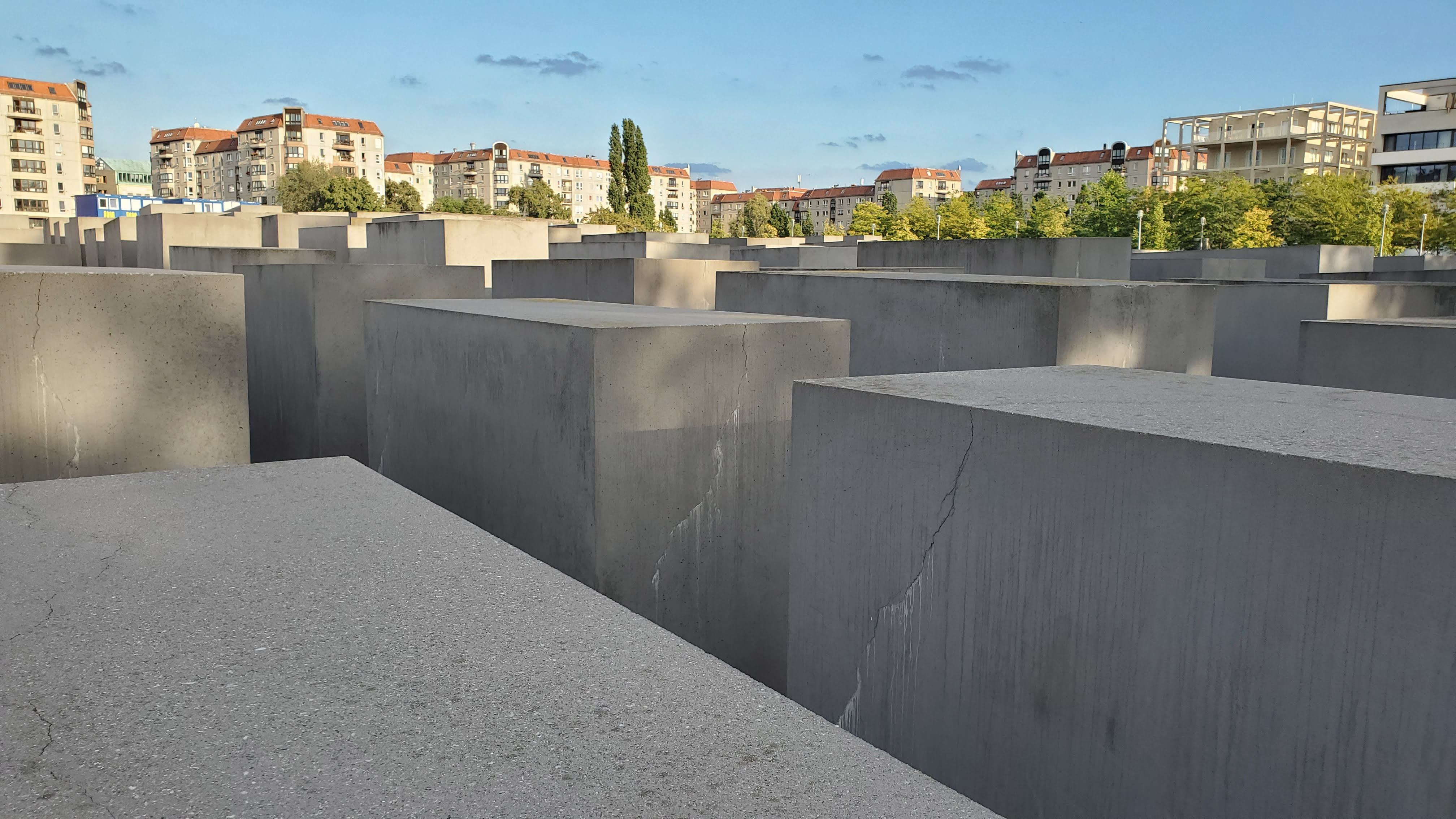 Other monuments are small and subtle, like the “stumbling stones” you see dotting the sidewalks throughout Berlin. These brass squares are placed so that walking on them makes you feels uneven, and they almost force you to look down at them. When you do, you see names of Jews who lived in these buildings before being sent to concentration camps.

Germany has also continued this practice of keeping their past mistakes visible by marking their history with the Soviet Union. Rather than constructing new memorials, many old Soviet monuments remain. The most obvious being the long stretches of parts of the Berlin Wall. One particular section is now called the East Side Gallery and has over 100 murals painted on the wall. These murals, commissioned soon after the reunification of the city, depict life during the separation, life as it was in that moment, and hope for what life would be in the future.

As we were walking to one of our programs, our guide pointed out a four-foot stone cube that I wouldn’t have given a second thought to if she hadn’t mentioned it. This stone cube, located in east Berlin, is a Soviet monument created by a group of young activists during the city’s separation. On all sides of this cube were praises of the Soviet Union. Once Berlin had reunified, rather than tearing the monument down, the government placed a glass placard on one side that explained its historical significance.

The idea and meaning of the glass placard are things I’ve thought of frequently since returning from Germany. It would have been easy to destroy this small Soviet monument after Berlin was reunified. Instead, Berlin chose to acknowledge its past rather than hiding it. The city changed the monument, and the conversation around it.

One thing I noticed throughout this trip is that there aren’t many of the little museum placards off to the sides of these memorials explaining what they are. It is kind of a ‘if you know, you know,’ type of situation. What is great, though, is that Germany works hard to make sure its citizens know. When once the country kept the Holocaust out of its school books, there is now a concerted effort to educate its students. We saw multiple school groups on tours at all the major sites we visited.

Sometimes, seeing these groups was unsettling. During one of our group debriefs, we discussed how off-putting it was to see kids laughing as they were about to enter a concentration camp, or climbing on parts of the Memorial to the Murdered Jews of Europe. But as we dove deeper into the discussion, we acknowledged that despite how it made us feel, it was a good thing to see this next generation being taught about their country’s history and seeing it in person.

Leah Mueth is the Engagement & FRD Associate. You can reach her at leahm@jewishkc.org.