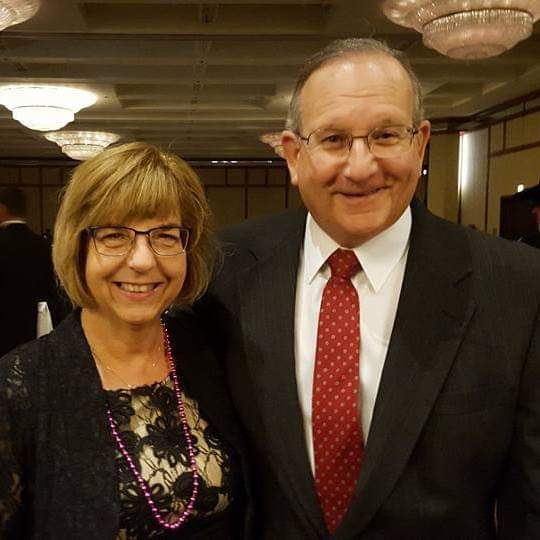 We say yes to Federation because we know our dollars are going directly to the most vulnerable, both locally and across the globe. During this pandemic, food, rent, utilities, and burial assistance has been provided to Jews and others in our community. In the past, hurricane relief to the Houston Jewish community has been made available quickly and with impact. And always, we are certain the Jews around the world – whether it is in Israel or Venezuela – have been helped in the way most important to them.

I first became involved with Federation in 2017 when I attended a mini mission where they took us on a tour around the city to all the different places they support. They took us through the Jewish Community Campus to learn the myriad ways we help local Kansas Citians – the Jewish Family Services food pantry, HBHA, the Heritage Center, PJ Library, and Jewish Vocational Services, to name a few.

This was the first time I got a glimpse at how much Federation does, and how much they support the Jewish organizations and agencies in Kansas City. Hunger, education, mental health – all are addressed through Federation grants, and its Chesed fund. I saw the granular level that Federation serves at; it wasn’t just the donations that go to large organizations. It was the fact that they know Jews by name and were helping those Jews. That’s what got my attention and I knew I had to get involved. I immediately asked to be part of the Women’s Philanthropy board, specifically in the role of campaign chair.

In 2018, I was privileged to travel to Budapest and Berlin on a Federation mission trip, where I saw first-hand the international effect our Federation has through the partnership of JDC (the American Jewish Joint Distribution Committee). The JDC knows every Holocaust survivor who decided to remain in Berlin and Budapest by name. They deliver them food three times a day because often these survivors live three stories up in buildings without elevators and they can’t get in and out. Often the JDC pays their rent. They’ve set up social clubs called Café Europa for the survivors to get together, and they provide transportation to pick them up and bring them there. We met with survivors in both countries and got to hear their stories. Of course, the big question I asked them was, ‘Why did you stay?’ A person said, “because it’s my home.” I get chills thinking about it.

We participated in a historic two mile ‘kippah’ walk through the streets of Berlin. There’s been a rise in anti-Semitism in Germany and it can be a brave act to wear a kippah, so we decided that on this mission trip our group – 125 Jews from Federations around the country and also some Muslims and Christians – would put on kippot and walk two miles down the center of Berlin. 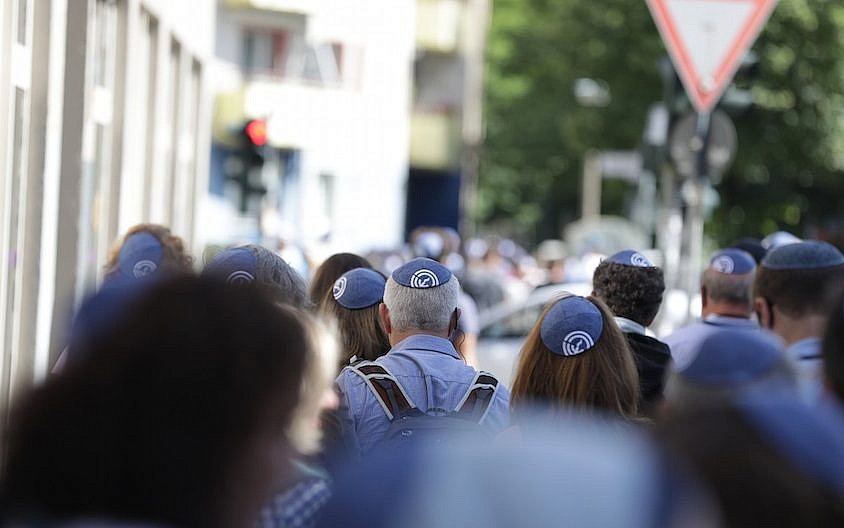 On that trip we also learned about a two-year leadership program for young Jewish adults in Budapest called Minyanim, offered by the Jewish Agency for Israel (another Federation partner) which encourages participants to start their own community-building projects in order to encourage a more resilient Jewish future. We then spent a morning at Szarvas, a JDC-sponsored camp for Jewish children. It’s not uncommon for the campers to find out they are Jewish right before attending Szarvas. They learn what it means to be Jewish during those 12 days at camp and return home to teach their parents.

Both of these extraordinary programs are funded by Federation.

I have served on the Women’s Philanthropy board as campaign chair and am currently serving as campaign co-chair. This is my last year in that role, and I will continue to serve the Federation either through board activity or simply by spreading the word. Whatever touches your heart the most, I guarantee Federation is working for Jews in that area. It’s amazing what this organization does. Whether it’s the big picture or bubbe down the street, the Jewish Federation of Greater Kansas City is serving our community, locally and globally. I urge people to find out for themselves. Your life will never be the same, I can say that.

If you wonder whether a simple donation can make a difference, my answer to you is yes, yes it can! More than you could imagine.