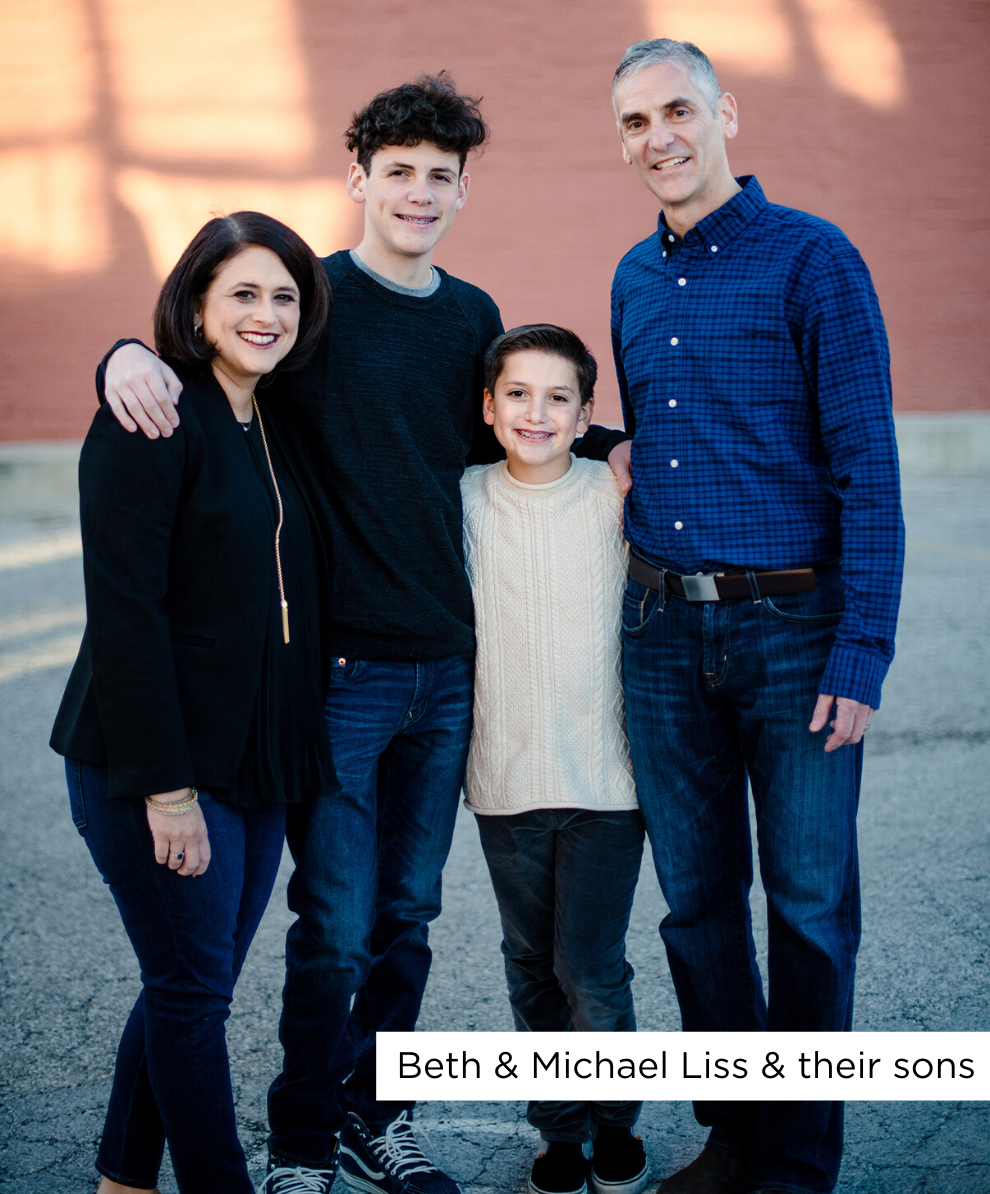 For Beth Liss, being involved in Jewish Federation is something she’s done her entire life.

“Growing up, my dad was really involved with JCRB (Jewish Community Relations Bureau) and AJC (American Jewish Committee), that is his passion. My mom was always involved with Federation, in fact she was the first paid person to run Super Sunday,” Liss said.

She remembers helping run the phone banks and keeping track of the money raised on the boards. After college, Liss moved back to Kansas City and signed up to go to a Federation conference in D.C.

“Initially I only signed up because I had worked on Capitol Hill after college for two years and I remembered Kansas City coming through to lobby when I worked for a Missouri congressman,” Liss said.

The conference ended up being life changing for Liss. Between a video shown at the opening event featuring her favorite U2 song, “Where the Streets Have No Name,” and meeting a woman from Wichita wearing a Lion of Judah pin who explained that philanthropy isn’t gaudy or pretentious, Liss began to see the “breadth and depth” of how the Federation touches people’s lives. She then became a self-described “perpetual mission and conference attendee.”

During this time, Liss helped start the Young Adults Division (YAD) in Kansas City. This was also when she met her husband, Michael.

“I actually met my husband because he was involved with Village Shalom’s Young Adult Board, which used to run a 5k and 10k race on Father’s Day. There was another Washington D.C. conference in 2000 and we both signed up to go,” Liss said.

After getting married and having kids, they both remained involved with the Federation. Then, 10 years ago, Liss was approached to join National Young Leadership Cabinet.

“I’d always known - since my 20s from going to conferences - what it was. But it was a big commitment. It’s a minimum gift of $5,000 to jump up to that level, but I did. It was life-changing in terms of my last 10 years of my involvement and understanding so much more about Federation,” Liss said.

By joining National Young Leadership Cabinet, Liss was being able to travel and understand see firsthand how Federation helps and supports communities on a global scale. After her initial mission to Chile and Argentina, Liss travelled to Greece, Finland, Sweden, and Russia.

“I came back from that mission in St. Petersburg and said to my husband, ‘I know what I want for our anniversary and Mother’s Day! I want to go on this mission but it leaves in six weeks and I have to get all of these shots to go to Ethiopia so I have to tell them tomorrow that I can go,’” Liss said.

On that trip to Ethiopia, Liss helped bring Ethiopian Jews from the city of Gondar to Israel to go through the immigration process.

“I feel the need to learn this story and do a flight where you bring people to Israel. I felt like I had seen all of these communist countries that had fallen and the fallout from them, I’d seen a lot of people who had survived the Holocaust or had survived the Blitz and how we take care of them,” Liss said. “But I felt like I needed to know that story.”

For many years, Liss also travelled with Federation President & CEO, Dr. Helene Lotman, to New York as a delegate for national meetings. On a local level, Liss has been a member of the Board of Directors since 2010 and is currently on the Executive Committee. Liss also sits on the Israel and Overseas committee, has chaired Major Gifts with her husband, and last year she chaired the Education and Youth at Risk subcommittee.

To Liss, Federation is not just an organization that helps people, it is a convener and creator of community.

“We as Jews take care of Jews because if we don’t, no one else will. Our job is to sustain and enhance communities. Just because you might not need services personally, you’re still affected by a strong Jewish community,” Liss said. “I’m so passionate about this organization. It’s the one organization that I just feel like, no gift touches more lives and no organization touches more lives.