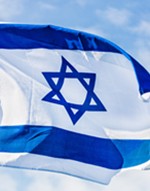 Overnight, it was a reported that a ceasefire agreement had been reached between Israel and Palestinian Islamic Jihad, presumably with Hamas and Egypt playing a role in discussions. Both sides officially announced the agreement at 5:30 am Israel time.

Despite the reports, a number of rockets have continued to be fired into Israel, including as recently as 11:00 am Israel time. While these attacks are clearly in violation of any agreement, the volume of rockets is very small compared to the previous 48 hours, and it is hoped that we are now witnessing the end of the fighting.

Over the last two days:

Many Israeli commentators have pointed out the positive outcomes from Israel’s perspective:

Earlier today, Israeli President Reuven Rivlin said, "This is a tense morning after several days during which the security of Israeli citizens has been under attack… The State of Israel has again proved in this round of fighting that it will not stand idle when our citizens' security is threatened. On the other hand, we made it perfectly clear that we are not interested in escalation and that the response to quiet will be quiet. Even now, many of our children are not yet back to their normal routines, and neither are their worried parents. I want to express my support for all Israeli citizens, who have again shown their resilience and willingness to follow instructions. It is this resilience that allows our security forces to do their vital work as professionally as possible, as they did this time. My thanks and appreciation, on behalf of all Israelis, to our soldiers and their commanders, members of the security, intelligence and rescue forces."

Throughout the two days of conflict, JFNA’s Israel office operated under emergency protocols and was in close discussion with relevant Israeli government branches, our partners, and individual federation representatives on the ground. The office remains on high alert pending confirmation that the cease fire is indeed holding.
Our partners at the Jewish Agency, JDC, World ORT and the Israel Trauma Coalition provided emergency support for their multiple programs in the fighting zone and continue to monitor developments closely.
Detailed updates can be seen here: The Jewish Agency, JDC, World ORT, ITC.