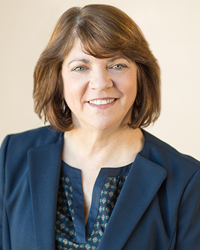 Shalom Chaverim, There has been much talk prior to and since the passage of the Israeli Nation State bill yesterday as a “basic law” in Israel. The general significance of the law is that it enshrines in legislation Israel’s status as the nation state of the Jewish People. Since Israel does not have a constitution, basic laws are meant to express the values of the State of Israel and democratic state. They set the structure of government and ensure human and civil rights. To date, Israel has 14 basic laws. The challenge cited with this law is that it may be seen as unsettling the balance by establishing provisions that favor the Jewish nature of the state at the expense of the rights of Arab minorities. Although some of these provisions are already the law of the land - like language use, symbols, holidays and such - it can be interpreted through the lens of downgrading the status of the minority population. The most controversial clauses are the ones related to language, Jewish communities and relationships with the Diaspora. Language Regarding the language component, Arabic was downgraded from being an official language of Israel. While Arabic still has "special status," Hebrew is established as the country’s sole official language. Some see this as a slight, especially since language is a core aspect of culture. Jewish Communities The Nation State law explicitly supports Jewish settlement and instructs the government to “encourage and promote its establishment and consolidation” as it is seen as a “national value.” The challenge here is that the clause refers exclusively to Jews without mentioning the same right for non-Jewish citizens. This wording is an improvement from the original version of the bill which had recognized an explicit right to build “segregated” communities. Although the wording was changed, there continues to be concern that this segment of the law encourages the building of new Jewish communities, with support for expanding Jewish settlements in disputed areas of Israel. Diaspora Relations Israel’s relationship with the Diaspora, as asserted in the new law, is seen as patronizing to Jews outside of Israel. Concerns as to how this will limit the impact of Diaspora Jewry on religious pluralism in Israel have emerged. Again, the language used in the law is unclear. The original document states Israel’s responsibility to act “in the Diaspora to strengthen the affinity between the state and members of the Jewish people wherever [Jews] may be.” There are some who feel that leaving out “wherever [Jews] may be” will continue the ongoing arguments related to conversion, personal status and egalitarian prayer at the Western Wall. It remains to be seen whether these will continue as political issues for the time being. Also open to interpretation is whether or not the State of Israel’s responsibility to the Diaspora stops at Israel's borders. As stated above, this bill mostly reflects things that are already true on the ground. Jewish Federations of North America and its partner, the Jewish Agency for Israel, represented the views of many in the Diaspora, taking center stage in the debates about the language used in the bill. There were redactions made thanks to the work of these agencies. However, challenges still remain. What this Means for Us Governments and politics change: our work to support Israel must be based on the ideals on which it was founded. These include a commitment to the three principles expressed in its own Declaration of Independence:

Israel has achieved remarkable and unprecedented success in its barely 70 years of existence. We will continue to work hard to promote all of these principles so that Israel may remain a strong and secure democratic Jewish state, a light unto the nations. Whatever its challenges, internal or external, we must be there.* Please join us in our efforts to keep the dialogue open and diverse and continue in your support of our mission to sustain and enhance Jewish life at home and around the world. B’Shalom, Helene *Excerpt from writings of Andrew Rehfeld, CEO, Jewish Federation of St. Louis