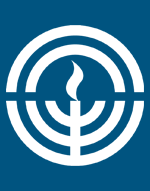 Jewish Federation of Greater Kansas City invites the Jewish community to its 2020 Annual Meeting. The event, which is free of charge, will highlight Jewish Federation’s accomplishments over the past year and its plans for the organization in the coming year.

This year’s program, which is co-chaired by Steve and Lisa Ruben, will feature Michael Masters, the National Director of the Secure Community Network (SCN). SCN is the national homeland security initiative of the Jewish Federations of North America and the Conference of Presidents of Major American Jewish Organizations.

“We’re very excited to have Michael speak, as funding our community security has become one of Jewish Federation’s top priorities,” said Dr. Helene Lotman, Federation President and CEO. “He’ll be able to provide an insider’s perspective on how critical it is for Jewish communities to support security initiatives.”

The 2020 Annual Meeting will be on Wednesday, January 8, in the White Theatre. The program begins promptly at 7:00 pm and will be followed by a dessert reception at 8:15 pm. Please RSVP by January 3 at jewishkansascity.org/2020Meeting or contact Marsha Cott, marshac@jewishkc.org, 913.327.8100.