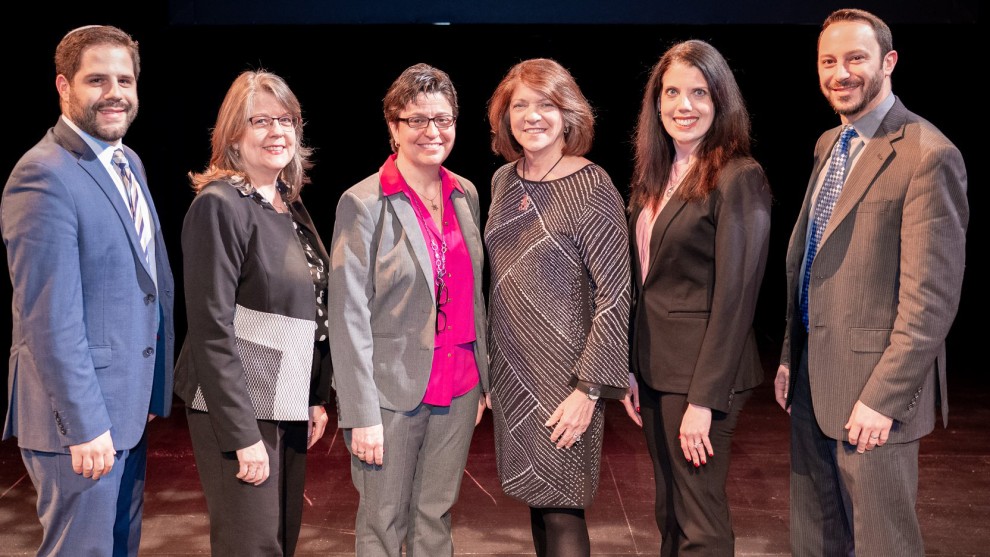 “With the combination of Jonathan’s success in sales, Mimsy’s leadership in strategic marketing and Derek’s commitment to building our community, Jewish Federation is poised for even more exciting advances ahead,” said Dr. Helene Lotman, Federation president and CEO. “We are looking forward to an incredible year in 2020, full of many new opportunities and initiatives.”

Schwartzbard started as the director of Campaign and Corporate Sponsorship in December. In this role, he will generate new and increased contributions to the annual campaign and grow Federation’s corporate sponsorship program. His first major project will be securing sponsorships for the Second Annual Jewish Federation Golf Classic on June 29.

Schwartzbard brings almost 10 years of direct sales and management skills to the table. Originally from New Jersey, he relocated to Kansas City in 2012 to open a branch of Strategic Value Media where he was in charge of hiring and training, managing operations, and oversaw a staff of more than 25 sales reps. Most recently, Schwartzbard worked as the director of Sales and Strategic Partnerships at ASE Group, a corporate meeting and event planning firm.

An active leader in Congregation BIAV, Schwartzbard is currently president of the board, and has been involved in strategic growth initiatives and synagogue operations. He is also actively involved with various other Jewish organizations, including HBHA and The J.

Schwartzbard earned his bachelor’s degree in business administration with a focus on finance and accounting from Queens College in New York, and studied abroad in Israel. He lives with his wife Kaley Wajcman and their three children in Overland Park.

Mimsy Tallent joined the team as the senior director of Marketing and Events last August. In her role, Tallent leads and manages all strategic marketing of integrated campaigns and is the primary steward of the organization’s brand and messaging.

Tallent has more than 17 years of experience in marketing, advertising and event planning. Prior to joining Federation, Tallent worked at a variety of businesses including The Culinary Center of Kansas City, First National Bank of Kansas (recently rebranded to FNBO) and The Kansas City Star. Earlier in her career, Tallent also volunteered as a BBYO adviser and helped plan several Federation Young Adult Division events.

Tallent earned her bachelor’s degree in journalism with an emphasis in advertising from The University of Kansas. She lives in Prairie Village with her husband Jeff.

In January, Derek Gale was promoted from his previous role as director of Community Building and Allocations to vice president and chief operating officer. As COO, he will take a lead role in identifying strategic initiatives/objectives for the organization, as well as lead in the operational areas of staffing, budgeting, policymaking and messaging. He will also continue to oversee fundraising and grantmaking, and lead the evaluation of organizational performance and impact.

Prior to his promotion, Gale has held two different director-level positions at Federation since he began with the organization in 2013. Before that, he worked in Jewish day schools in Kansas City and Chicago.

Gale received his Bachelor of Arts in communication from the University of Denver and his Master of Science in journalism from Northwestern University. He is also a graduate of the Allstate Foundation Greater Good Nonprofit Leaders Program, the Spertus Institute for Jewish Learning & Leadership and the Florence Melton Adult Mini-School at Hebrew University of Jerusalem. Derek lives in the South Plaza neighborhood with his wife Amy and their two children.