Priya, which comes from the Hebrew word for “being fruitful,” is an organization that aims to help Jewish families grow in the Kansas City area. They do this by helping Jewish individuals, couples and families on their fertility journeys through fundraising and distribution of financial resources, providing educational opportunities and offering emotional support in an effort to grow and sustain the local Jewish community for future generations. This could not be done without the support of the Jewish Federation of Greater Kansas City. In fact, it was the first grant from the Federation that Priya received in 2017 that took the program to the next level by professionalizing and hiring a dedicated staff person.

The Priya Fund was started by Annie Glickman and her husband Rabbi David Glickman after they experienced secondary infertility, which is the inability to become pregnant after having a successful first pregnancy. At the time, they were living in Dallas and noticed a lack of resources for those in the Jewish community who were experiencing infertility. After moving to Kansas City, the Glickmans established the Priya Fund in Kansas City in 2015 through the Jewish Community Foundation of Greater Kansas City.

This is not an uncommon experience, in fact, one in eight couples experience infertility. On top of that, fertility treatments, which are rarely covered by insurance, are extremely expensive. The average cost of in-vitro fertilization is $23,000, while adoption can cost $40,000 on average. One of the ways that Priya helps families through this is by providing financial assistance to ease those costs. Twenty-one families in Kansas City area have received these grants and as a result, 17 babies have joined the Jewish community here.

Seth and Rachel Katz are one of these families and were able to adopt their son Ezra with the help of Priya.

"During the two year long adoption process that would finally bless us with our son Ezra, we would go through bouts of frustration and anger and it was incredibly emotionally draining. Priya helped us come out the other side better both emotionally and financially and connected to this part of the Jewish community that struggles with infertility in all forms. We’re proud to have been part of this growing organization and how great a story it will be to tell Ezra one day: how we had such strong support in the Jewish community to help us grow our family," the Katz family said. 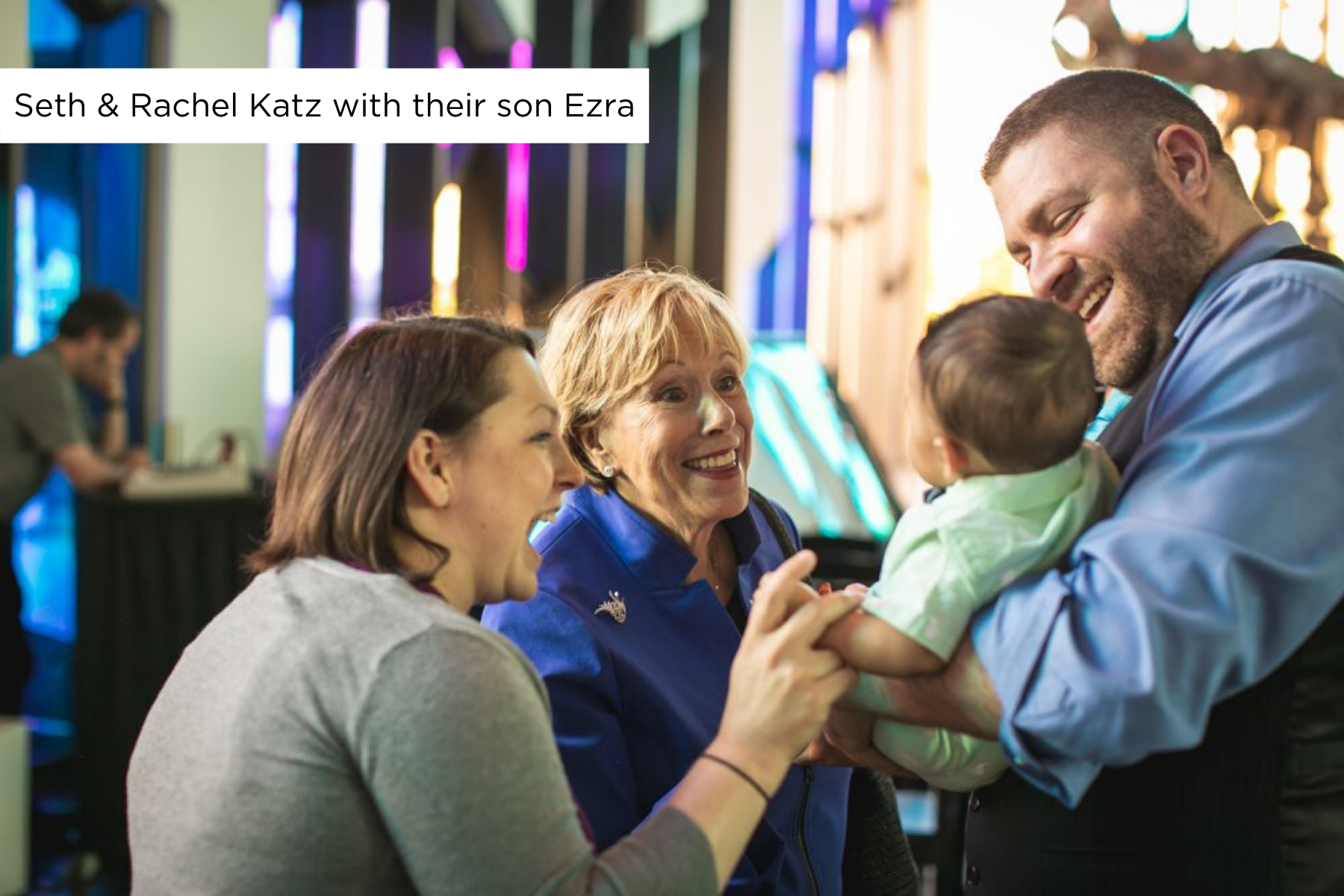 Among the families receiving assistance from Priya have been single mothers and same-sex couples.

Friedman started her role as Priya director several months ago but first learned about the program in 2016 when she was a chair for the Women's Philanthropy BK Give event, a three-part women’s giving circle. Priya was one of the three organizations the giving circle learned about. Friedman felt that with Priya, it was more than just learning about the program. They heard from women who are currently experiencing infertility or have in the past and from older women who opened up about the struggles they experienced and how alone they had felt.

“It was an incredible conversation of people sharing their experiences and realizing how prevalent it was and that people weren’t alone,” Friedman said.

In addition to financial assistance, Priya also offers a Fertility Consultant at Jewish Family Services (JFS) for emotional support, resource referrals and connections to fertility veterans. Priya also works to decrease the stigma of infertility by offering educational opportunities to the community. Friedman says that through these services, Priya provides hope for many and helps those experiencing infertility feel less alone during what can be a very long, stressful and trying time.

Federation shows its commitment to building a future for the Jewish community in Kansas City through the programs it helps fund. Federation makes this commitment clear by investing in Jewish families through Priya.

If you would like more information about Priya, visit their website or contact Porsche Elkins, Priya Family Consultant at Jewish Family Services Kansas City, at pelkins@jfskc.org or at 913-730-1474.